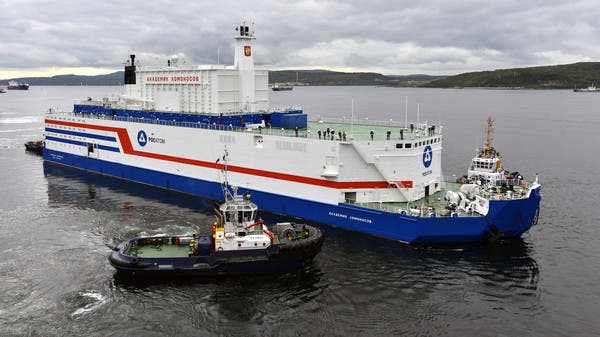 Small modular reactors, a type of nuclear fission reactor designed to be much smaller than conventional reactors and movable, could help Saudi Arabia to diversify its energy sources in the future, experts said earlier this month.

Some experts have pointed to nuclear power as an important possibility for providing more environmentally friendly energy than traditional fossil fuel sources. Reactors also have an advantage over some renewable energy sources, such as wind power, because they do not rely on potentially unreliable weather patterns.

“Saudi Arabia is developing alternative sources of energy. It is a rich country with the means to quickly build a nuclear power plant once it is ready for one. I do not think that the Kingdom would object to the use of low-power plants provided that they are built and commissioned in accordance with international law and with the approval of the international community,” Saudi writer and political scientist Dr. Shaher al-Nahari said.

For all the latest headlines, follow our Google News channel online or via the app.

Nuclear power, however, is not a panacea to all energy problems. Some experts note that the dangerous radioactive waste produced by reactors is difficult to dispose of, and can take tens or thousands of years to become safe to handle, depending on the material in question.

The King Abdullah Petroleum Studies and Research Centre published a study last year, titled “Are Small Modular Reactors a Good Option for Saudi Arabia?” that sought to analyze the use of SMRs in the Kingdom.

“Saudi Arabia is serious about deploying SMRs in the Kingdom. In addition to its agreement with South Korea, in December 2017, Saudi Arabia signed a cooperation agreement with China on a joint feasibility study to develop another SMR technology, high-temperature gas-cooled reactors,” the study noted.

The Kingdom also has advantages stemming from its stable political atmosphere, which would help it should authorities seek to pursue SMRs, al-Nahari said.

“Saudi Arabia has no internal political issues and the Saudi Vision 2030 program has already made possible fruitful strategic planning and development. The people of Saudi Arabia have seen advances in education and science, and the government has been fighting corruption, which allows for the efficient and cost-effective implementation of this program. These promising changes also ensure that any developments in nuclear energy will be great leaps forward,” he said.

Earlier this year Russia unveiled the world’s first floating nuclear power plant (FNPP), named Akademic Lomonosov. The Lomonosov is equipped with two SMRs, and a similar FNPP could also have potential in the Kingdom, as the technology allows for nuclear power stations to be docked in remote regions that might otherwise be hard to develop.

“The expediency of using floating nuclear power plants in Saudi Arabia has yet to be assessed from an economic and environmental points of view, amongst others. In my opinion, they could potentially be used for the desalination of sea water – an energy-consuming part of Saudi Arabia’s economy, which currently requires large volumes of oil,” Alexander Uvarov, the head of the Atominfo Center in Russia said.

Earlier this month, the International Atomic Energy Agency (IAEA) said Saudi Arabia was preparing to adopt nuclear energy and that the agency was providing support.